Prograde Pharmaceuticals SARM GW 10 is GW-501516, commonly known as Cardarine. It is a PPAR receptor agonist, often mistakenly labled as a SARM. Cardarine is used by many to help…
Show MoreShow Less
£44.99

Only 1 left in stock

Prograde Pharmaceuticals SARM GW 10 is GW-501516, commonly known as Cardarine. It is a PPAR receptor agonist, often mistakenly labled as a SARM. Cardarine is used by many to help loose fat and to enhance endurance. Many call it the “Cardio SARM”.

Improved Cardiovascular Performance –
One of the very first things you’ll start noticing is that GW501516 boosts your stamina. It’s going to increase a lot and you will be able to push yourself to the limit. It really shines during cardio sessions, it will be a lot easier to complete your workouts. This effect usually lasts throughout the entire cycle.

Boost Fat Loss –
Cardarine works by helping burn fat by preventing new fatty acid chains to form. With the increased stamina and performance, you will be burning through a lot more calories. It’s also known for boosting metabolism. Cardarine can help use your stored fat for energy, speeding up the fat loss progress. This is why a lot of users will add it to a cutting cycle.

Preserve Muscle Mass –
Whilst in a caloric deficit, you may be at risk of losing muscle mass. Cardarine might be able to help preserve muscle mass whilst cutting. When the PPAR delta gets activated it doesn’t only melt fat off, it also stimulates the muscle fibres.

No Suppression Of Hormones –
Since this compound doesn’t interfere with your natural hormone production, you won’t require a Post Cycle Therapy (PCT). It also has no estrogen related side effects. This is a huge advantage over other performance enhancers. You can perfectly stack it with SARMs You can even stack it with Stenabolic and you still won’t need one.

Originally Cardarine was developed as a safe alternative for heart and metabolic conditions. It has been considered heavily as an option for treating ailments such as high cholesterol and other metabolic-related issues like obesity and diabetes. Because it helped enhance endurance, stamina and metabolism it has become very popular amongst bodybuilders and athletes. It’s now known as the strongest endurance enhancer out there. 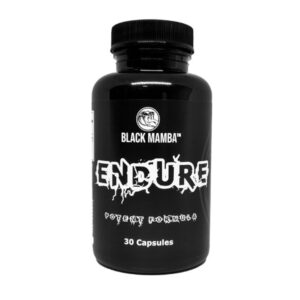 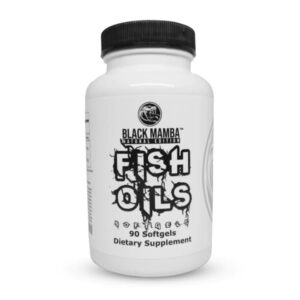 Black Mamba Fish Oils 550mg (90 Softgels)
Menu
This website uses cookies to improve your experience. If you continue to use this site, you agree with it.
Ok